As the District’s chief executive officer, Daniel McIntyre implements policies adopted by the elected Board of Directors and oversees the business of the District. He joined DSRSD in 2015 as engineering services manager and was appointed general manager in 2016. He has worked in the Tri-Valley since 1990, including 12 years as the City of Livermore’s public works director. Mr. McIntyre earned a bachelor's of science in civil engineering from California Polytechnic State University San Luis Obispo, and a master's of public administration from California State University, Hayward, now known as California State University East Bay. He is a licensed professional engineer in California.

Jan Lee oversees the effort to increase water supply reliability, interagency partnerships and collaborative efforts, emergency preparedness, and asset management. She joined DSRSD in 2020 with 24 years of experience in the public and private sectors. Ms. Lee previously served as the Assistant Director of Public Works and Water Resources Manager for the City of Hayward and as a supervising engineer in the Water Supply Improvements department of the East Bay Municipal Utility District. She has engineering design and planning experience in the private sector. Ms. Lee holds a bachelor’s of science degree in Civil and Environmental Engineering from the University of California, Davis and is a licensed professional engineer. 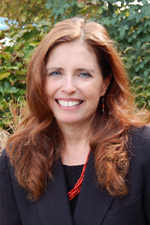 Carol Atwood oversees finance, customer services, information technology, and human resources. She has over 35 years of experience in municipal government and public accounting. Prior to joining DSRSD in 2016, Ms. Atwood served 22 years with the cities Cupertino and San Leandro where she managed finance, human resources, information technology, city clerk’s office, disaster preparedness, and community services. She holds a bachelor's of science in business administration from California State University, Hayward, now known as California State University East Bay, and has participated in executive education programs at Harvard University’s Kennedy School of Government and University of California Berkeley’s Goldman School of Public Policy. Ms. Atwood is a certified public accountant in California and Arizona. 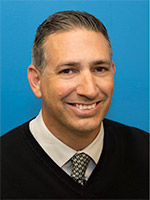 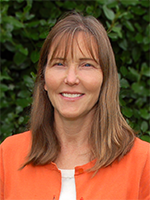 Judy Zavadil is responsible for planning, permitting, capital improvements, asset management, and clean water and water conservation programs. She was appointed engineering services manager and district engineer in 2016. Previously she was a principal engineer and supervisor of the District’s Capital Improvement Program Division. She joined DSRSD in 2007. Ms. Zavadil has over 30 years of experience in civil engineering in both the public and private sectors and holds a bachelor's of science in civil engineering from the University of Nebraska in Lincoln. She is a licensed professional engineer in California.